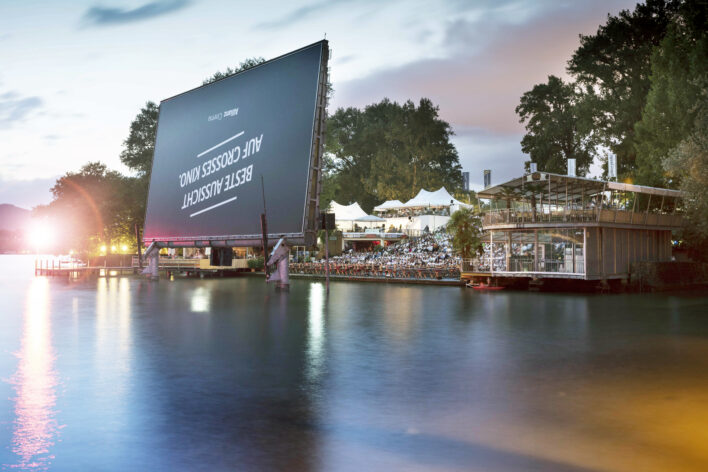 It all started in 1989 when the “Kino am See” (English: “Cinema at the Lake”) at the Zürichhorn was the first open-air cinema in Switzerland. Since then the event series in Bern, Basel, Geneva, Lausanne and Zurich gathers every summer around 160,000 visitors. Since 2016 the event has been held under the name Allianz Cinema in Zurich, Basel and Geneva.

An integral part of the open-air film show is a rich film program for every taste, an attractive range of food corners and bars as well as the spectacular outdoor scenery on the shores of Lake Zurich and Lake Geneva as well as Münsterplatz in Basel.

Allianz Cinema Zurich 2019 with 31 previews, blockbusters, art house films and special events attracted over 53,000 visitors at the shores of the Lake Zurich.

The date for next year has already been set: the 32nd edition of Allianz Cinema will take place from 16.
July to August 16, 2020 at Zürichhorn.