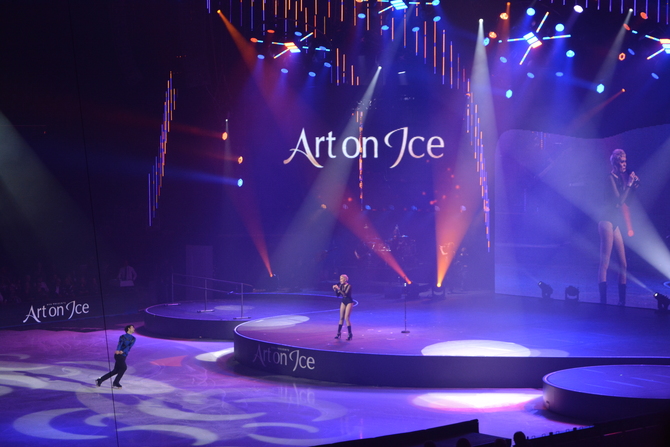 Art On Ice was incredible this year! It was a two-hour show with many star musicians and athletes and a great variety of show acts.

Among the figure skaters, I enjoyed the performances of the following sportsmen: world and European champions Evgeni Plushenko, Tatiana Volosozhar & Maxim Trankov, Adelina Sotnikova, Stéphane Lambiel, Javier Fernandez, Gabriella Papadakis & Guillaume Cizeron. I found it nice to see so many Russians and have the chance to talk to them after the show.

British pop star, Jessie J, was amongst one of the musicians present at Art on Ice. Her performance was very inspiring, powerful and energetic! I loved her short speeches in between the acts; she shared her emotions and thoughts about life with the public and mentioned that nobody’s perfect, and that we have to embrace who we are and try to always be better.


Also present at the event were the legendary Jacksons! I was happy to see them on the stage in Zurich! Their songs are world famous, so it was great to sing their and Michael Jackson’s hits together with them.

I’ve already mentioned the talented Swiss singer, James Gruntz (who sings in English), once on my blog before, so I was happy to see him again on the stage at Art On Ice this year! His voice and manner of singing is very appealing!

The combination of talent from the music artists, sportsmen and dancers was amazing and harmonic! It was literally pure art on ice that one can enjoy to the fullest! Figure skaters, circus artists, hi-tech neon and LED dance performers and cyr wheel artists made great show companions to the musicians!

This event is annual, so if you have never attended it, be sure you do so in February 2017! It’s really worth it! 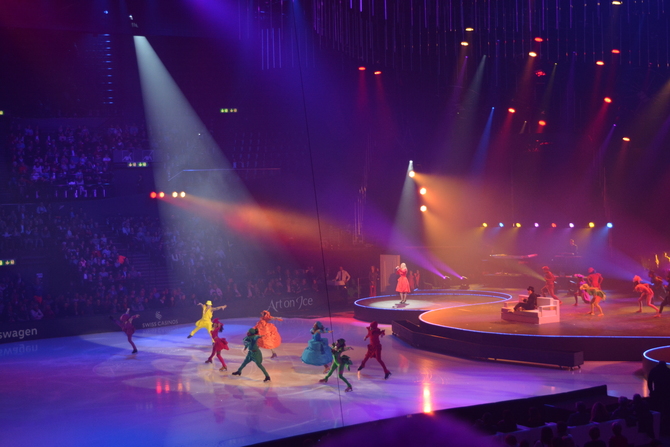