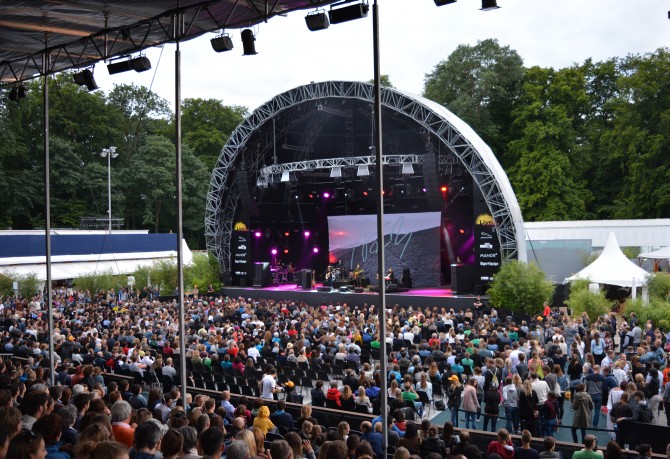 I recently attended the summer open-air music festival in Zurich, “Live at Sunset”, which is held annually on the territory of the Dolder Hotel in the Zurich mountain region. The highlight of the event includes outdoor performances by world renowned pop and rock stars on the stage of Dolder. Though this was my first time attending, the event has been ongoing for the past twenty years.

The location was perfect for a music festival of this kind. There were lots of eateries, a lounge and a merchandise shop. The festival offers various ticket categories, including the option to purchase standing tickets where one can dance a bit during the concert or reservation of seats where people could just relax and enjoy live music while sitting and having a drink or a snack.

I decided to watch the performance of Tom Odell (whom I already met at the Art On Ice event). Swiss folk pop singer James Gruntz was his supporting act and warmed up the audience before the main show.

I enjoyed this event and had the opportunity to take pictures of the artists. Everything was well-organized, and I especially liked the fact that one could have a drink or eat something before, during and after the concert (the variety of food was amazing). There was also a shuttle bus that brought people to and from the nearest tram stop. I would definitely recommend this event!

Live at Sunset was made possible due to their generous sponsors and partners, including Jaguar, Manor and “Tages Anzeiger”. 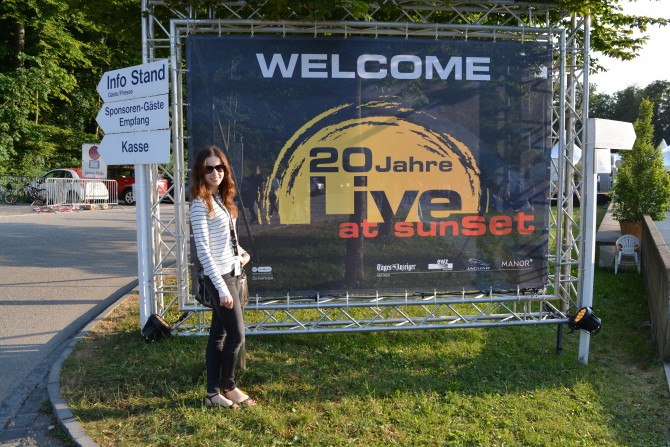