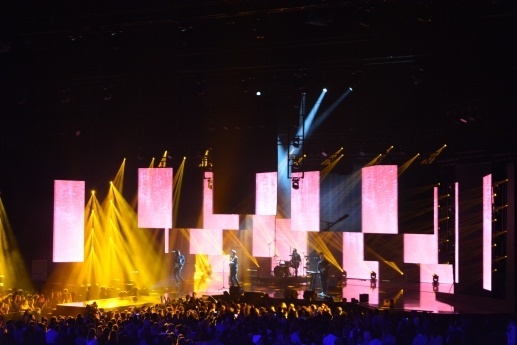 If you are eager to get to know Swiss music better, in this case the Swiss Music Awards is exactly the event for you! I personally enjoy listening to Swiss bands and singers (who perform in French, Swiss German and English), which is why I had so much fun at the Swiss Music Awards. Before the show began, there was a meet and greet on the red carpet for the Swiss and international guests; event attendees could buy some snacks and drinks in the hall.

In addition to Swiss artists, the show also included some British and German musicians this year. The British band Kodaline, and British singer, James Bay, performed their hits on stage and were warmly greeted by their Swiss fans.

I liked that some prominent Swiss figures introduced the musicians and handed out awards. The only thing is the show was in Swiss German and not in standard German.

If you’re unfamiliar with the Swiss music scene and would like to get acquainted with my favorites, here are some Swiss bands and singers whose music I personally like and recommend:

Some videos I’ve made during the show: