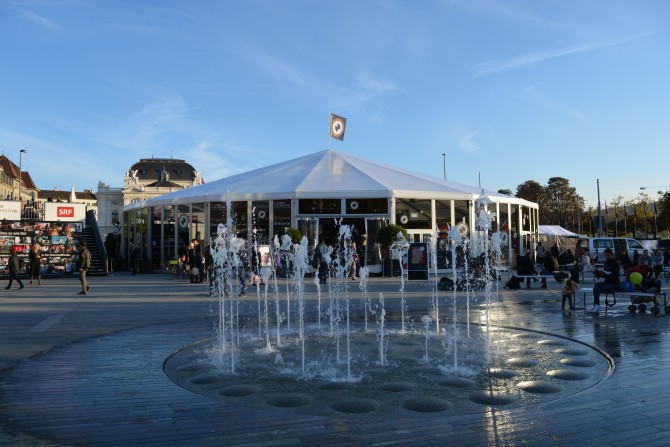 The Zurich Film Festival 2015 was great! Here are some pictures of the festival center in the heart of Zurich (Sechseläutenplatz), as well as of the green carpet.

I caught a glimpse of other Hollywood stars on the carpet, including actress Ellen Page and producer Michael Schamberg, who were presenting their new film “Freeheld”.

Arnold Schwarzenegger received the Golden Icon Award and presented his new film “Maggie”. There was a lot of hype over his arrival, with many fans of his acting and bodybuilding achievements gathered around the green carpet eager to to get his autograph or take selfies. It was fun to observe everyone’s excitement over meeting and greeting their favourite actor.

I also spotted Hollywood film director Todd Haynes who talked with journalists about his new film “Carol”. Joseph Fiennes, best known for his role in the film “Shakespeare in Love,” was present at the Zurich Film Festival for the screening of “Strangerland,” one of the latest films the actor has played in.

The film festival had a true Hollywood premiere atmosphere thanks to the numerous visitors and honored guests, famous actors and directors, journalists, bodyguards, photographers, huge light projectors and overall glamorous feel of the event,

Thank you Zurich Film Festival for bringing Hollywood to Zurich!