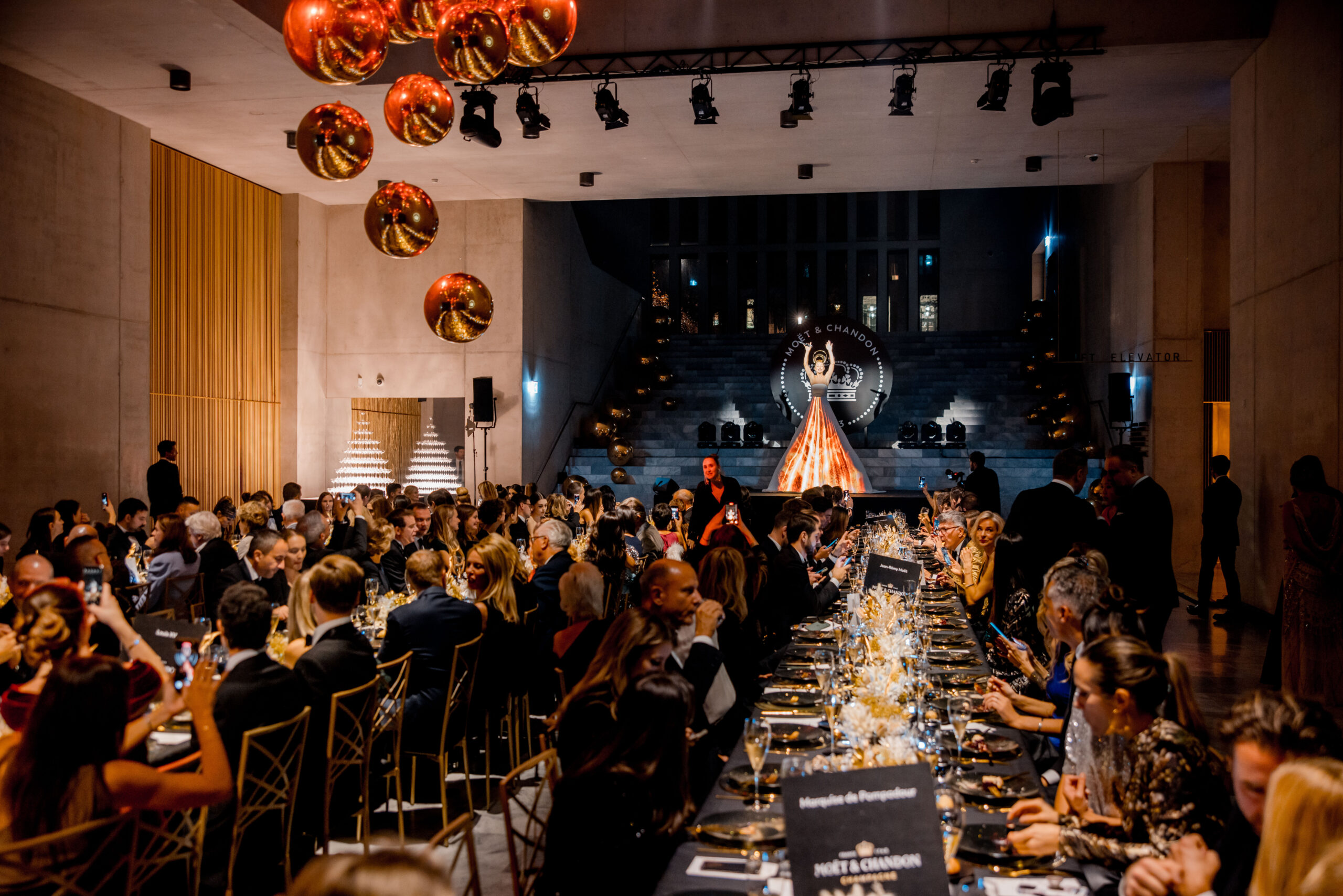 For the second year in a row, Maison Moët & Chandon celebrates the holiday season around the world with its Effervescence events, ushering in an exciting new chapter in the century-old history of “savoir-fête.”

For the first time in Switzerland, Friends of the House shared a toast with a glass of Moët in November, celebrating the tradition of “Toast for a Cause”, and with it, the generosity of the House.

It was the perfect start to a magical Advent season: an evening where Moët & Chandon welcomed illustrious personalities, such as tennis star Roger Federer, film director Pierre Monnard and models Christa Rigozzi and Xenia Tchoumi, to the Effervescence party at the Zurich Art Museum (Kunsthaus Zürich).

The Champagne house took the opportunity to combine its international charitable initiative “Toast for a Cause” with its local charity work. A golden bottle of Methuselah, which had been signed by stars such as Moët & Chandon ambassador Roger Federer, and actresses Charlotte Gainsbourg and Rebel Wilson during the Zurich Film Festival – of which Moët & Chandon is a co-partner – was sold at a silent auction, the proceeds of which will now be donated to the Roger Federer Foundation.

Almost a year after the opening of the Kunsthaus extension on Zurich’s Heimplatz, the guests gathered at the top location for a delightful evening that featured a sit-down dinner and performances from stars such as DJ FIONA, singer and actor Carlos Leal, and Swiss musicians Baschi and Lea Lu, followed by a party hosted by DJ Morgan Mesple at Moët & Chandon’s Effervescence Party (“Effervescence” – “bubbling, exuberant”).

The after-party kicked off with the first live performance from Carlos Leal since 2015 and a world premiere of his latest song “Champagne”.

This dazzling event reflected Moët & Chandon’s previous commitments to Roger Federer‘s philanthropic causes, such as the Match For Africa series, which was also conceived with the aim of raising funds for his foundation. The tennis icon – a true gentleman on and off the court – said, “I am proud to receive the support of Moët & Chandon, a house with this long tradition of philanthropy and social responsibility. To me, that support is the mark of a true champion.”