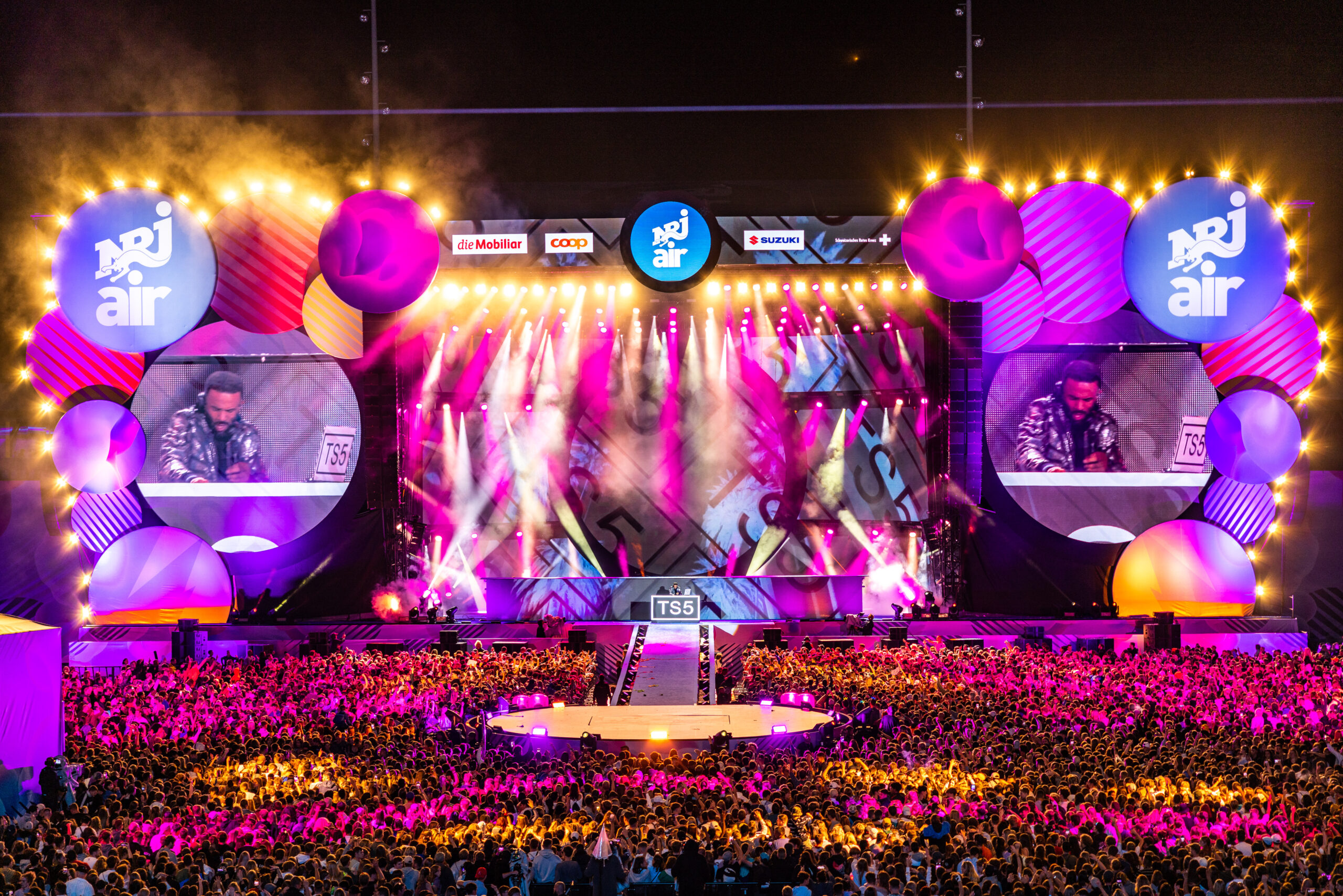 Energy Air, Radio Energy’s open air, not only made its first tour stop in Thun this Saturday night, but was also in the Metaverse for the first time.

National and international acts like Craig David, Mando Diao, Laurell, Hecht, Ilira, Trauffer, Ladina, Glockenbach & ClockClock and many more delivered an unforgettable concert evening in a unique setting in the foot of the Bernese Alps. The Stockhorn Arena in Thun was filled with over 20,000 music fans.

Mando Diao got the whole stadium dancing with “Dance With Somebody.” UK superstar Craig David performed a hit “Medley” including his super hit “7 Days”.

When the Munich music act Glockenbach joined ClockClock to sing the hit “Brooklyn”, the Stockhorn Arena was probably the biggest dance floor in Switzerland.

Another German act Kamrad with the currently most played song on Swiss-German radio, “I Believe” performed on stage in Thun.

The currently most successful Swiss dialect band Hecht brought the perfect song for the summer finale with their current hit “Sommervögel”.

A special moment was also when Queen Elisabeth II, who passed away this week, was remembered. The opera singer Noëmi Nadelmann, who came especially from London, sang an impressive interpretation of “Good Save the Queen” and “Good Save the King” respectively.

And the audience was also part of the show several times. When, as part of a “Kiss Cam” action, a visitor proposed to his girlfriend instead of kissing her, the whole stadium was stunned.

It was an evening full of emotional and magical moments, Energy CEO Pascal Frei sums up: “It was wonderful to be a guest in Thun. In addition, being present in the Metaverse for the first time with the event was of course an additional highlight.”