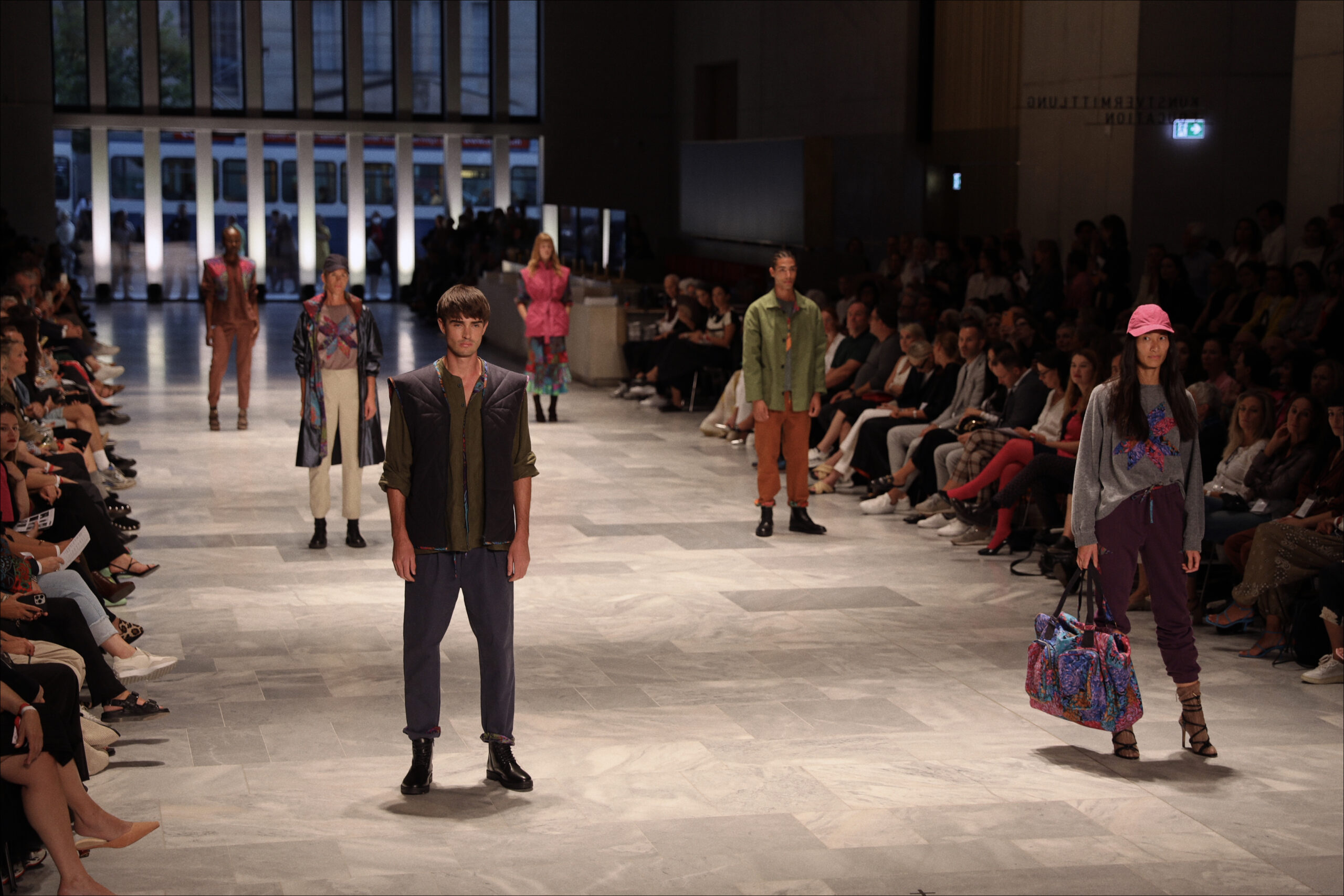 In the imposing Foyer Walter Haefner of the Zurich Art Museum Chipperfield Building, the participants presented their catwalk looks in two incredible shows.

While Rappaz’s couture collection, “The time of Dreams”, was inspired by 1980s punk and 1950s couture, Fellay debuted a delightful playsuit collection focussing on joyful lightness.

BERNINA (friend) teamed up with designer Irène Münger (friend) for BERNINA FASHION LOOKS to create a collection of seven sew-at-home pieces inspired by textile designer Kaffee Fassett’s floral patterns. With “più blu quasi oro or 15 ways to hide yourself from CCTV”, Amorphose continued to experiment with fabric and shape, reflecting on René Magritte’s Surrealism and oneiric tales of absolute reality.

The second show was opened by Jacqueline Loekito’s (juried label) latest collection, “All we ever wanted was everything”, featuring bold-coloured cut-outs and dominant shapes, inspired by Jessica Backhaus’ photography. DOING FASHION Basel, ICDP HGK FHNW (friend) was represented by its Master’s and Bachelor’s students, presenting a fresh take on what fashion can do now and what it can do in the future responsibly and sustainably.

The show was closed with NINA YUUN’s (juried label) collection, “Simulated Earth”, which reflected on an enhanced concept of reality and the image of nature while it simultaneously fades away on digital screens.